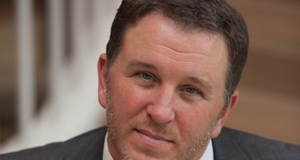 Michael Carter has lived in St Charles county since 1994. However he was born in North St. Louis County and primarily grew up near North Hanley & 270 in a highly integrated apartment complex by the name of Morningside Apartments. In the 9th grade his family moved off of Howdershell/McDonnell Blvd. while Carter attended Hazelwood West.

Immediately out of high school Mike started work in the family real estate business. After 5+ years in the trade (he is still a broker) Carter decided to complete his college education and pursue political science, philosophy, journalism, law, and marketing. During this educational trek Carter drove for UPS, bartended at Applebee's and worked for years as a graduate teaching assistant. (he continued to teach marketing at Mizzou & UMSL for ~14 years)

Ultimately, Mike obtained his bachelors in philosophy/poli-sci, juris doctorate, and masters of journalism from UMSL and MIZZOU.

After graduating Michael went to work for Fleishman Hillard in the Public Affairs department. However, with enough business coming in from family and friends, he started his own law Firm — Carter Law Offices, LLC in St. Charles & St. Louis, MO. (handling real estate, criminal, and corporate law)

Michael is the municipal judge of Wentzville, president of Carter Law Offices, broker of Homes USA, and general counsel / COO for one of the largest employers in the St Charles county area — recently negotiating the multi-million dollar deal to name Car Shield Field, the home of the River City Rascals. Carter also worked for the Missouri Attorney General's Office in Consumer Protection, clerked for Missouri's Western District Court of Appeals, and also clerked for the United States Senate.

In his many years as Wentzville’s municipal judge, Carter was ahead of the curve in implementing sweeping changes to Wentzville’s court before the advent of statewide senate bills 5 & 572 which ultimately brought the state’s municipal courts in line with Carter’s municipal court efforts. Area circuit judges have commended Judge Carter for his forward-looking efforts and wrote letters of accolades to his city aldermen and mayor to express such.


Only We Can Understand

Traffic Law Counselors® Founder Is The Only Lawyer/Former Judge In the State of Missouri That Took His Own Personal Bad DWI Charge All The Way To A Full Jury Who Found Him Innocent In 9 Minutes.

I know first hand how badly and quickly someone wants this type of matter in their life's rearview mirror.

I hope that this website will help you feel a little more informed about the charges you are facing, and about what to look for in hiring an attorney to handle your case.